Former US Defence Secretary Donald Rumsfeld famously distinguished what is known from what isn’t. There are some things that straddle both categories — things the government knows but we don’t, but should. 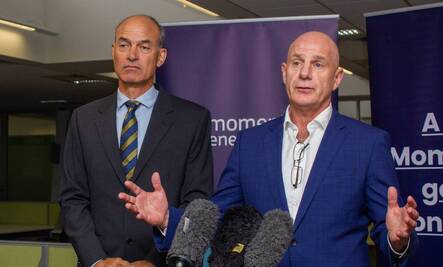 The circumstances surrounding the second Bass Strait interconnector Marinus is a case in point.

Legislative Council independent Ruth Forrest finally managed to get an answer to a Question on Notice as to why Hydro Tasmania’s balance sheet lost $200 million — or about 10 per cent of its value — in the 2019 year. Such a large amount begs an explanation.

Initially, Energy Minister Guy Barnett said it was a commercial in confidence matter, but a second question elicited an expansive answer from Premier and Treasurer Peter Gutwein.

The 2019 year saw such an event when Hydro recorded an increased liability due to onerous contracts. An onerous contract is where Hydro may, for example, agree to an offtake agreement with a wind farm generator to buy electricity or renewable energy certificates at a set price for a set period. Hydro thereby assumes the market risk.

If prices fall, Hydro ends up paying more than the current market price. The contract becomes onerous. Each year when market prices are less than the price in the offtake arrangement, Hydro subsidises the generator. Future expected subsidies are recorded as a liability.

Most relate to offtake arrangements to “assist renewable energy projects to be built, financed or partially sold”, according to the answer the government gave Ms Forrest. Various contracts have been entered into from 2009 to 2017.

The 2017 arrangement was with Westcoast Wind to enable construction of the Granville Harbour wind farm.

This was done, at the behest of government, by ministerial direction. The reference to an offtake arrangement to enable partial sale of a project probably relates to the Woolnorth/Musselroe wind farms. Hydro sold a 75 per cent interest to Shenhua Clean Energy, but Hydro agreed to assume most of the market risk.

Little wonder privateers are keen to build — the government bears all the risks. Why not grow bananas in large fully subsidised greenhouses and underwrite transport costs to mainland markets?

To date, Project Marinus has been promoted by TasNetworks, which has evolved more than 20 years ago from Transend, a transmission company with no debt, into a company owning all the distribution poles and wires and $2 billion in debt, milked by governments as a ready source of working capital, but now up against the wall needing new sources of revenue in an ever changing world.

Most Marinus discussion sidesteps the matter of Hydro.

Hydro will end up paying more in penalty interest than the original Basslink cost of $875 million.

The third scary liability results from other onerous contracts. Hydro contracts with third parties to fix electricity prices for various amounts of electricity over various terms. If there are adverse market price movements, expected future losses are recorded as a liability. At June 30, 2019, the net liability for electricity price derivatives was a whopping $742 million, a rise of $270 million for the year alone.

This will be offset against future income.

If prices and interest rates move in a more favourable direction, then the liabilities will fall. If rates and prices were to move in the other direction after a contract was arranged, then we would see financial assets. This rarely occurs.

Add the three above-mentioned liabilities together, and the total is $1436 million — almost as much as Hydro’s net worth.

Most people are unaware of Hydro’s various wheeling and dealings. These need to be put on the table as part of any discussion about Tasmania’s energy future.

John Lawrence is a North-West Coast accountant and economist with a 30-year involvement in the tourism industry.