More of the same : windfarms gaining approval through archaic assessment

It is disappointing to see that the next of many proposed windfarms, this time a 31-turbine job at Jim’s Plain SSW of Stanley, is another step closer to full approval based on some eagle assessments of unknown precision and arbitrary setting of minimum turbine-to-nest distances. 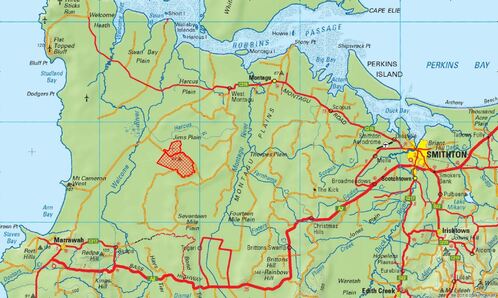 Source:https://epa.tas.gov.au/Documents/Appendices%20A 20-20 B.pdf
Sadly, it appears that yet another chance has been lost to have accurate, modern assessment and monitoring methods applied. It also remains to be seen whether offsets that directly and demonstrably benefit eagles are applied. Even if there was an epiphany by the regulator (essentially the EPA) and industry, it is actually too late now to apply those modern methods to anything other than seeing what happens at Jim’s Plain after commissioning. Still, as an engineer recently told me 'there will always be another windfarm'.

The key assessments are an eagle nest search of areas within 1km of the site boundaries and an eagle utilisation survey of the site. Key management is having sufficient separation of nests and turbines, minimisation of disturbance to breeding during construction and reducing on-site hazards, including those other than turbines. Key monitoring issues are for mortalities and impacts on populations and then there are the yet-to-be detailed offsets. 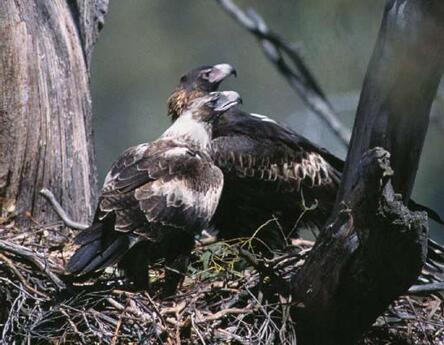 I was involved in the helicopter search of the area. Why 1km? It is a line-of site distance the EPA has cut and pasted from the distance I suggested thirty years ago to protect eagle nests from the disturbance of forestry operations. It was nothing to do with protecting them from lethal blades and for that purpose has no data basis. Therefore, it is arbitrary. The 1km distance is even more senseless now that turbines are reaching 250m in height, 50% more than the originals when the 1km distance was first set. Some turbines now loom over nests.

The nest search was good enough at the time but should be regarded as a temporary result. As with the dynamics introduced by forestry, it is likely nests come and go at a higher rate in these windfarm sites, disrupted as they are. Hence, forestry nest searches have a 2-year life span. Not so windfarms. Their searches years before commissioning are good for the regulator indefinitely. Some windfarm companies (eg Goldwind) at least make an effort to find and monitor nests much further afield, giving them the ability to realistically monitor impacts. Good for them. 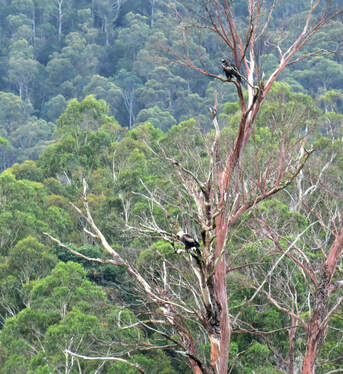 Essentially eagle utilisation surveys involve a dispersed group of observers watching for eagles and estimating their distance, height and flight routes, much the same as someone might have done hundreds of years ago. Surveyors have no idea how many eagles are seen (except at once) and judgments of distance, height and routes across the ground are not tested, so the surveys have unknown precision and are thus unreliable. They are simply an uncalibrated index of activity, much like estimating wallaby utilisation from a mess of footprints on a muddy track.

For several years now in Tasmania dispersion of immature Wedge-tailed Eagles equipped with GPS has been studied by James Pay (UTAS) helped by Jason Wiersma (Forest Practices Authority), giving amazing data. Yet despite the obvious potential for calibration of survey techniques, the windfarm eagle utilisation surveyors have to my knowledge never calibrated their estimates against that precise information by surveying where such birds are known to be. We have tried it for Where Where Wedgie surveys and even my raptor road counts, so why not something as crucial as the eagle utilisation surveys? It is as though these utilisation surveys are not taken seriously by the industry or the regulator, whatever their importance in approvals.

A domino effect from these eagle utilisation surveys is that based on them, the EPA says no collision risk modelling is required at Jim’s Plain. How are we supposed to have faith in this ‘house of cards’?

There is no plan to further monitor local eagle populations at Jim’s Plain so we will never know the windfarm's impacts, let alone if the windfarm becomes a population sink. Such a possibility is glibly dismissed as very unlikely on the basis of nest searches of very limited areas and eagle utilisation surveys of unknown precision. But, that’s apparently good enough.

There are moves afoot for windfarms to GPS-equip a few local eagles here and there, but the effort is small, piecemeal and looks increasingly like most, if not all, planned windfarms will be approved before powerful data is available. 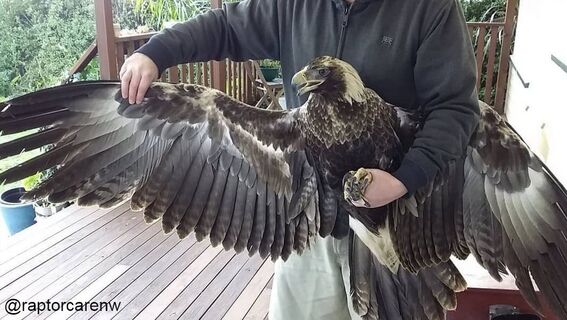 The windfarm modus operandi has shrunken search areas to a radius from turbines equivalent to 1/2-1/3 their height - essentially under the turbines. So only catastrophically injured eagles can be found. These eagles are another uncalibrated index even though both regulator and industry continue to routinely insinuate they are the total killed. Anything clipped that limps off to die elsewhere is not known, let alone recorded.

Again, we should be studying injuries and mortalities of GPS-equipped birds so we know what happens to them. It could be good news for the industry but as is, we’ll never know.

There is no plan that I can find to monitor nesting of eagles around the site, so we will never know the windfarm impacts on local breeding. GPS-tagged eagles would again let us measure this. The EPA relies on an industry paper on some aspects of eagle breeding near a windfarm which itself cautions about its data robustness.

Offsets are based on birds found dead or incapacitated under turbines. It follows that unless an accurate measure of mortality is made, offsets will always be inadequate since the total mortality can only be larger than an index.
Regarding the usual windfarm offset for eagle kills—covenanting nests elsewhere – there is no evidence that it actually increases chick production, which is the whole idea. Other offsets are contributions to research and that may or may not be beneficial to eagles. Either way, benefits can be hard to identify.

Another advantage of electronically equipped eagles is that it gives an opportunity for the birds’ equipment to alert turbines that they are approaching and have blades slow or feather. That technology is being used in the USA.
Finally, I can find no evidence that the accumulative impacts of windfarms are considered in the Jim’s Plain proposals and approvals. The reality is that the EPA considers the impacts of any windfarm on eagles insubstantial (what it has told me). Rolling out that judgment across all windfarms still adds up to insubstantial impacts. Without a defensible Population Viability Analysis and accurate measures of impact, that’s simply nonsense.
I cannot understand why precise measures are not insisted on.

This article was first published in the quarterly newsletter of BirdLife Tasmania, Yellow Throat 110, which can be accessed from http://birdlife.org.au/locations/birdlife-tasmania/publications-tas

In April 2020, the Tasmanian Environment Protection Authority (EPA) approved the Jim’s Plain windfarm proposal, with conditions. Contrary to some media reports in early May, this approval by the EPA does not include turbines on Robbins Island, which are part of a separate proposal.

BirdLife Tasmania is awaiting the public release of the Development Proposal and Environmental Management Plan (DPEMP) for the Robbins Island Wind Farm, and will be making a submission at the time. We understand the DPEMP has been, or will shortly be submitted to the Tasmanian EPA for assessment.

Until the document is publicly released, we do not have access to it. BirdLife Tasmania has discussed our concerns regarding the Robbins Island windfarm with the proponent and associated consultants and engineers for almost a decade, and remains firmly opposed to the proposal to site up to 200 turbines inside the Robbins Passage KBA.